Front crawl has always been considered the ‘Meter eater’; it’s the go to stroke for most swimmers. It’s the fastest of the four strokes and the most efficient.

Swimming coaches use front crawl to make up the majority of their weekly workouts, because its by far the best stroke for aerobic and distance training.

Although it seems like a simple stroke it’s not easy. There are many factors like timing, body position, breathing and rotation that make this stroke difficult to master. 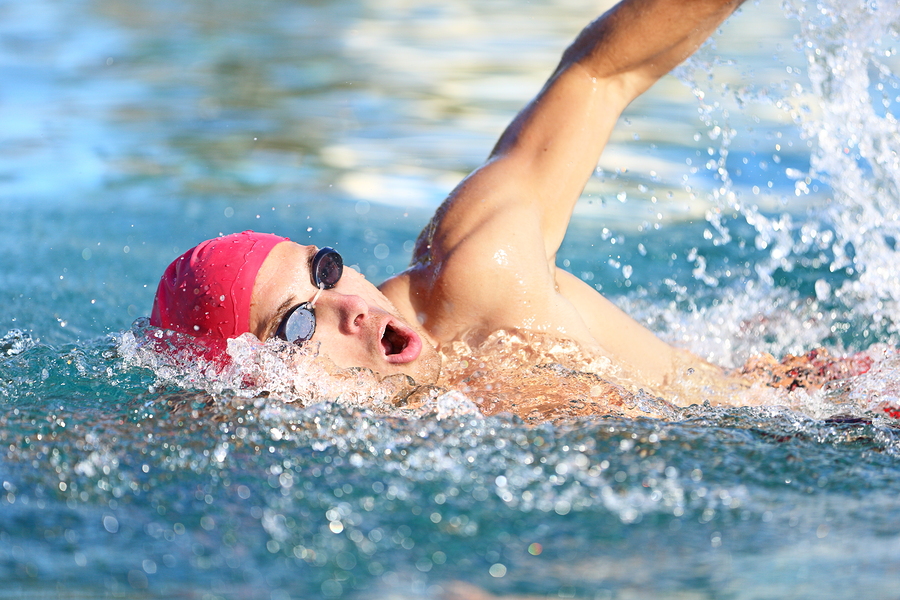 Swimming effortless front crawl comes through hours of perfecting the solid foundations of the stroke:

It’s very poor technique to have your upper body facing one direction and your lower body facing another. They key is to try and keep everything in sync by rotating as one, therefore avoiding any twisting from the trunk.

When building a strong front crawl kick it is important to use all 3 kick positions, so that the body doesn’t have weaknesses when you rotate left and right.

The most propulsive phase of the kick is the downbeat. The depth of the kick should be between 16 and 20 inches with a minimal amount of movement from the knee. 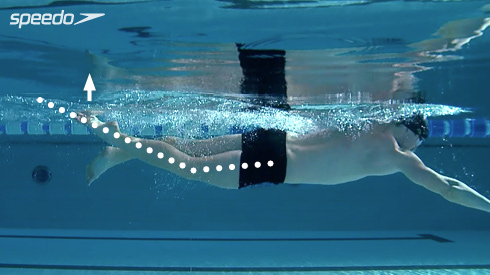 Why rotate at all?

Power. There is a large percentage of sports that require trunk rotation to increase power. Racket sports, golf, boxing, cricket and baseball will all use the rotation of the trunk to increase the power.

The body’s rotation in front crawl generates much more power than pulling from a flat position in the water.

Some swimming experts claim rotating onto your side will reduce drag and will enable ‘cutting through the water quicker’ I’m not convinced this is entirely correct, the evidence is not clear enough to justify the statement.

As the body rotates on to its side the strong back muscles (lats) engage. The power from the initial arm stroke combined with the involvement of the powerful back muscles create large amounts of propulsion. The result is power and speed.

In a flat body position we are relying much more on the shoulders and arms to pull us through the water. This style will create some propulsion, however, it tends to be far less effective.

One key factor affecting rotation is head position. The head should sit in what I like to call a neutral position, resulting in a streamlined effect. When you’re trying to create the position with the least frontal drag the head should be in alignment with your shoulders. The line of sight will be straight down towards the bottom of the pool. A common mistake is having the head lifted or looking forward too much.

Are you getting the most out of your pull?

The catch, is the most important area of the arm stroke and is the initial part of the pull. The goal is to take hold of as much water as possible. The surface area of the hand should be relaxed but strong to create a large paddle like effect. Fingers are pointed slightly down to achieve the angle most effective for propulsion. 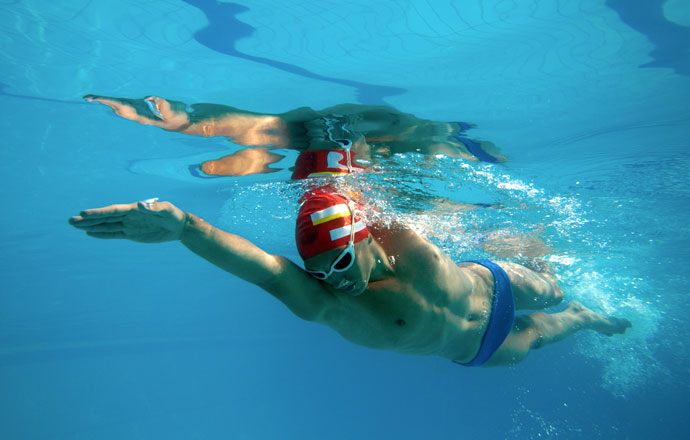 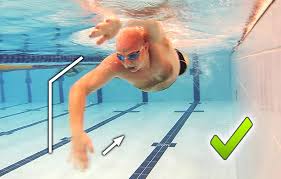 The propulsive phase is where the power’s generated, the major muscles in the shoulder and back can get really involved and pull the hand through to the hip. Timing is essential, a slow acceleration of the stroke from the catch to the hip combined with a rotation of the body can result in massive propulsion. 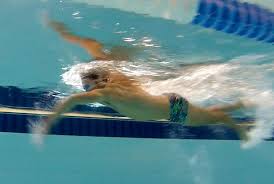 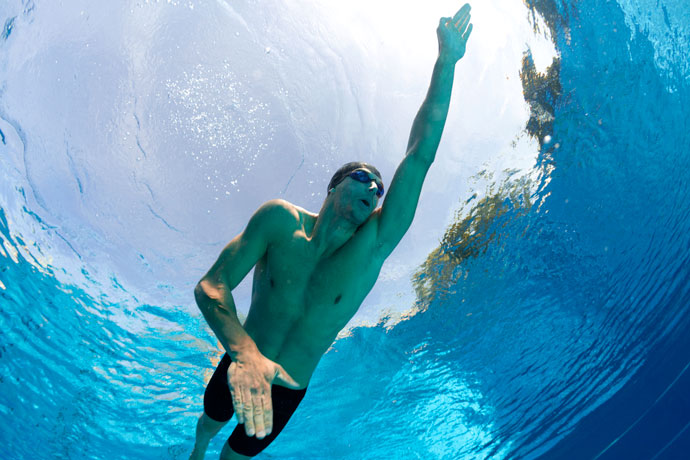 Fault 1- Not extending the arm to finish off the stroke

You may think that this only affects the power of the pull. In actual fact it has a huge impact on both rotation and breathing. The body rotates whilst the arm pulls, however, when the arm doesn’t fully extend, the rotation is cut short. If the arm is properly extended to finish then the body rotates into the correct position and this gives us a great platform to breathe.

Fault 2- Arm sweeping across the body on the breathing stroke

On a non-breathing stroke the head looks straight down and can be used as a central marker. This makes it very easy to pull through directly past the hip and extend out the back. It’s not so simple on a breathing stroke. As the head turns to the side to take a breath in, if the arm sweeps across to pull closer to the opposite hip, this can cause the body to snake through the water and will also decrease the propulsion from the pull.

How to avoid these two stroke faults?

Exaggerate the hand to hip movement.

As you turn to breathe to the right, concentrate on what the left arm is doing. The aim should be to touch the left hip with the left hand as the arm pulls through the water, this will stop the left arm pulling across the bodies centre line when breathing.

Breathing in swimming, is like no other exercise. On many occasions i have worked with beginner swimmers who are keen cyclists or an excellent runners, however, their fitness just doesn’t quite transfer into the pool.

Why is this so?

Swimming front crawl comes with a hypoxic element, hence breathing is somewhat restricted. In front crawl, even if you are breathing every 2 strokes you are probably holding your breath for a couple of seconds each arm cycle.

Have you ever tried exercising whilst talking to a friend or coach?

You find yourself more breathless than you thought you should be.

This is because as you’re talking you haven’t been taking enough oxygen in to cater for the level of exercise you’re doing.

The same applies with swimming, the hypoxic nature of the exercise makes it increasingly more difficult to breathe.

Most swimmers simply don’t exhale well You can’t put a breath on top of a breath!

Breathing out is just as important as breathing in.